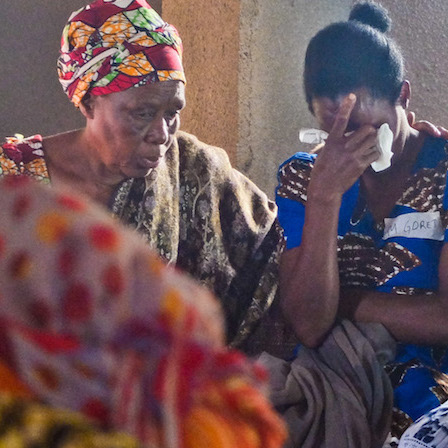 [“If you knew me, and if you really knew yourself, you would not have killed me.”]

Today as you look out over the lush, verdant, brilliant green of the land, crisscrossed and highlighted by the deep red-brown of the earth that is the thousand Hills of Rwanda, it’s hard to imagine a place of such beauty knowing such horror. Yet twenty-five years ago this past April many of us were glued to our TVs and radios hearing about the unfolding of what is now known as the Rwandan genocide where well over 800,000 men, women and children lost their lives in 100 days.

This year began, and the following two years will complete, the release of over 30,000 former prisoners who created that genocide, back into the communities where the harm took place. The challenge is daunting. Imagine on the one hand being a survivor faced with meeting once again those who directly killed your family. Imagine on the other hand, having spent 10 to 25 years in prison, being released back into the very communities to face the survivors of those you killed. Fear, and even terror, can arise in all groups in such a situation.

This November, my Rwandan colleagues and I, had the privilege of accompanying 20 genocide survivors and 20 former prisoners who had directly harmed the survivors’ families in a restorative dialogue. The group had been meeting for about six months but had not yet had the opportunity to share deeply how they were feeling, what they were needing, and how to move forward together. This dialogue was their opportunity to share that and be understood; and to hear the other group and to understand them.

Our restorative circle process began with the pre-circles – meeting separately with each group to hear what happened, how they are about what had happened, and to see if they were willing to go forward into the dialogue together.

Connecting With the Pain in Each Group

As we listened to the survivors we heard how, even though life has continued, many still experience moments of extreme emotional pain, intense loneliness, and fear for future survival. Yet despite this pain they recognize that their loved ones cannot be brought back; so many survivors expressed a strong wish to at least have reparations for the loss of property and other things as a way to acknowledge, and in some small way repair, the tremendous loss and suffering they’ve all experienced. A few survivors also expressed that although they have been strongly encouraged by the government and the church, forgiveness is not easy. When they lie awake in bed at night and remember what happened to their families’, forgiveness seems very far away. Yet when they meet with fellow survivors together they can often find the strength to forgive.

Several former prisoners spoke of how they just couldn’t imagine how the families of the people they had killed could ever forgive them; it was beyond their comprehension given what they have done. One man said, “I killed many people but I don’t know why; even today I don’t know what happened to me that I behaved in such a bad way.” One of the main concerns with many of the former prisoners is the paying back of reparations. They recognized the legitimacy of the survivors’ request for reparations, but given that most are sustenance farmers, they didn’t know how they could possibly pay back the amount of reparations asked for.

At the end of the pre-circles all participants agreed to participate in the restorative circle dialogue.

Facing Each Other in the Circle

The next morning the air was filled with nervousness and tension – both the participants and our team of facilitators were uncertain how the day would unfold. Therefore, not surprisingly, the dialogue began superficially and with many stutter steps as participants became accustomed to the dialogue process of speaking and having a listener say back the deeper meaning. But as they began to experience the process and to hear and feel what it feels like to be understood, the dialogue between the participants deepened.

One male survivor told of how hard it was to see former prisoners return home to their houses and their families when he, who was 12 during the genocide, has no home and has no one: he is all alone without any family remaining. Survivors expressed concern about the release of prisoners who have been in prison for 25 years, and they encouraged already-released prisoners in the Circle to be ‘ambassadors’ who draw other ex-prisoners into the dialogue. They also said that there are some of the former prisoners who have not sought forgiveness but that the survivors are ready to forgive them. Survivors also brought up the painful issue of ‘harmful’ words that are still being used by some of the released prisoners and that the survivors consider as part of genocide ideology language.

At one point in the dialogue a former prisoner expressed how much he had suffered while being in prison. The word ”suffered” significantly triggered several survivors who wanted it to be known that they do not see the suffering of the former prisoners (which was self-caused) as anywhere near equivalent to their suffering (which was caused by others). This led to some very intense exchanges which both groups struggled to hear.

Curiously, and perhaps without coincidence, at this time it began to rain so hard on the tin roof that we could no longer hear each other even when shouting. After waiting 8 to 10 minutes for the rain to subside, and it still had not eased, one man stood up and started to sing and then to dance and clap his hands. One by one others slowly began to join him until soon most of the whole group joined in – survivors and former prisoners – and they sang and danced together for the next 10 minutes weaving a new tapestry of connections – until the rain finally eased up so they could hear each other again.

One former prisoner reported coming home out of prison to find that his wife had died and he was now all alone. Recalling this solitary return, he was amazed that the first person to greet him and bring him some food was a survivor. Another former prisoner told of returning home and having his family reject him and forbid him entry to his house; but it was the survivors who welcomed him in the end.

On the final day of the dialogue several former prisoners spoke of how a big influence/ cause of their actions during the genocide was related to the government – the governments promoting/selling the beliefs about Tutsis as less than human (cockroaches) and increasing fears about Tutsis wanting to drive Hutus out of the country. One elderly former prisoner said it wasn’t just the government at the time of the genocide but that it started back in the 1950s with the Kayibanda government. He remembers being 5 to 6 years old and being told that Tutsis were bad and dangerous and best to get rid of them. They also spoke of the tremendous pressure they all experienced to join in on the killings, or to be beaten and killed themselves.

One former prisoner reported he was doing what he needed to do to create healing and peace because he didn’t want his children to carry the stigma of his actions with them as they go forward into life in the community.

Many survivors thanked the government for their ‘unity and reconciliation’ stance for helping to prepare them for the return of the ex-prisoners. They were not happy with the government releasing the prisoners without consulting with them but they were grateful for the government, church, NGO programs which helped them to realize that revenge was a backwards step, and gave them the opportunity to dialogue directly with the former prisoners. They said it would be too difficult for them to have done this by themselves. These programs also helped survivors be ready to welcome back the former prisoners into the community.

It was amazing to see dialogue unfold and to see the different points coming out over the three days – the various key causes and different key ways to move forward together. There was a lot of pain and even some moments of accusation, and with listening people were able to move through it. For example one woman got really triggered when a former prisoner said he suffered in prison, the pain was so strong that at one point she needed to leave the circle to care for herself. When she left one of our team went to her to hear her as needed. After being with her for a while the survivor said she wanted to go back to the Circle because she didn’t want to miss any of the important things that were being shared by other participants, especially the former prisoners.

Both groups stated that they never wanted to happen again what happened in 1994; and they wanted to do what is needed to build a better society and community that is united, peaceful and that knows how to live in harmony with each other.

The dialogue ended with everyone in the circle writing down one action that they were willing to take themselves to help repair the harm and improve the relationships within this community.

[ “Me, Mukankaka Verediana, I will visit Nsabimana and I will help him to weed his beans 2 times in the second week of November, and 2 other times in the third week.” ] [Semuhungu Joseph: “I will work for Nyiramana Beyata on November 8, 2019. I will help her to weed her beans and I will discuss with her about our unity and reconciliation group.”]  [Nyiramana Beyeata: “What I will do for Semuungu Jozefu, I will pay him a visit on November 15, 2019 and we will discuss further about our unity and reconciliation group.”] 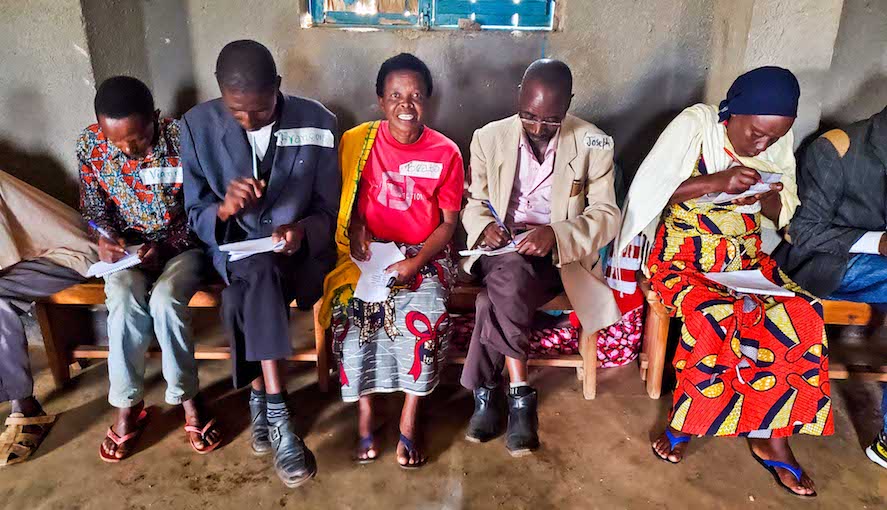 Once those were completed and gathered, the participants were invited together in small groups of various sizes to plan other actions that they could take to help transform the situation and their community. For example one group of three former prisoners who all participated in killing various members of one survivor’s family offered to fully cultivate her field for her as she was now elderly and her mobility was impaired.

When asking participants how this dialogue was for them they said:

Peru: Reconciliation After 20 Years of Violence

Conflict between Nomadic Fulani Herders and Farmers in Nigeria

A growing challenge in Nigeria is a conflict between nomadic Fulani herders and local farmers.…

At the beginning of 2019, the ACNV (Association of Nonviolent Communication) of Spain invited me…

Categories
Recent Posts
Recent Comments
I am the footer call-to-action block, here you can add some relevant/important information about your company or product. I can be disabled in the theme options.
Get In Touch
Copyright Your Business LLC. 2023 - All Rights Reserved
Back To Top
×