Ayucucho region of Peru   Peru experienced 20 years of violence between 1980 -2000 in which nearly 70,000 people lost their lives and hundreds of thousands were displaced and left homeless. Although much time has passed since this ‘time of…

At the beginning of 2019, the ACNV (Association of Nonviolent Communication) of Spain invited me to facilitate a series of learning events on restorative circles in Spain. In June this resulted in two training events (one in Madrid and one… 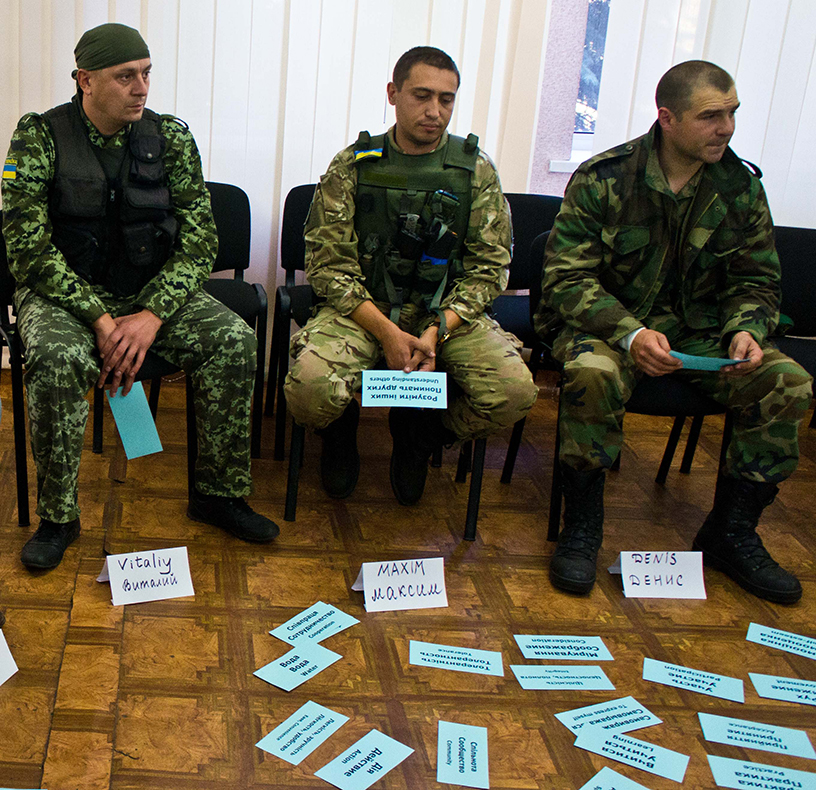 The small town of Novohrodivka, 15 km from the warfront (ATO) had been experiencing conflict between the local Russian-speaking residents of the town and the Ukrainian army stationed there.

We were invited to support dialogue between these two groups. Anton, a colleague who was a participant in the dialogue facilitation training arranged by Foundations for Freedom, had made connections both with the leaders from a local town and with the commander of the army brigade. He met with each of them separately and they each agreed that they would like support to have a dialogue to try to reframe their relationship.

Read More→
I am the footer call-to-action block, here you can add some relevant/important information about your company or product. I can be disabled in the theme options.
Get In Touch
Copyright Your Business LLC. 2023 - All Rights Reserved
Back To Top
×